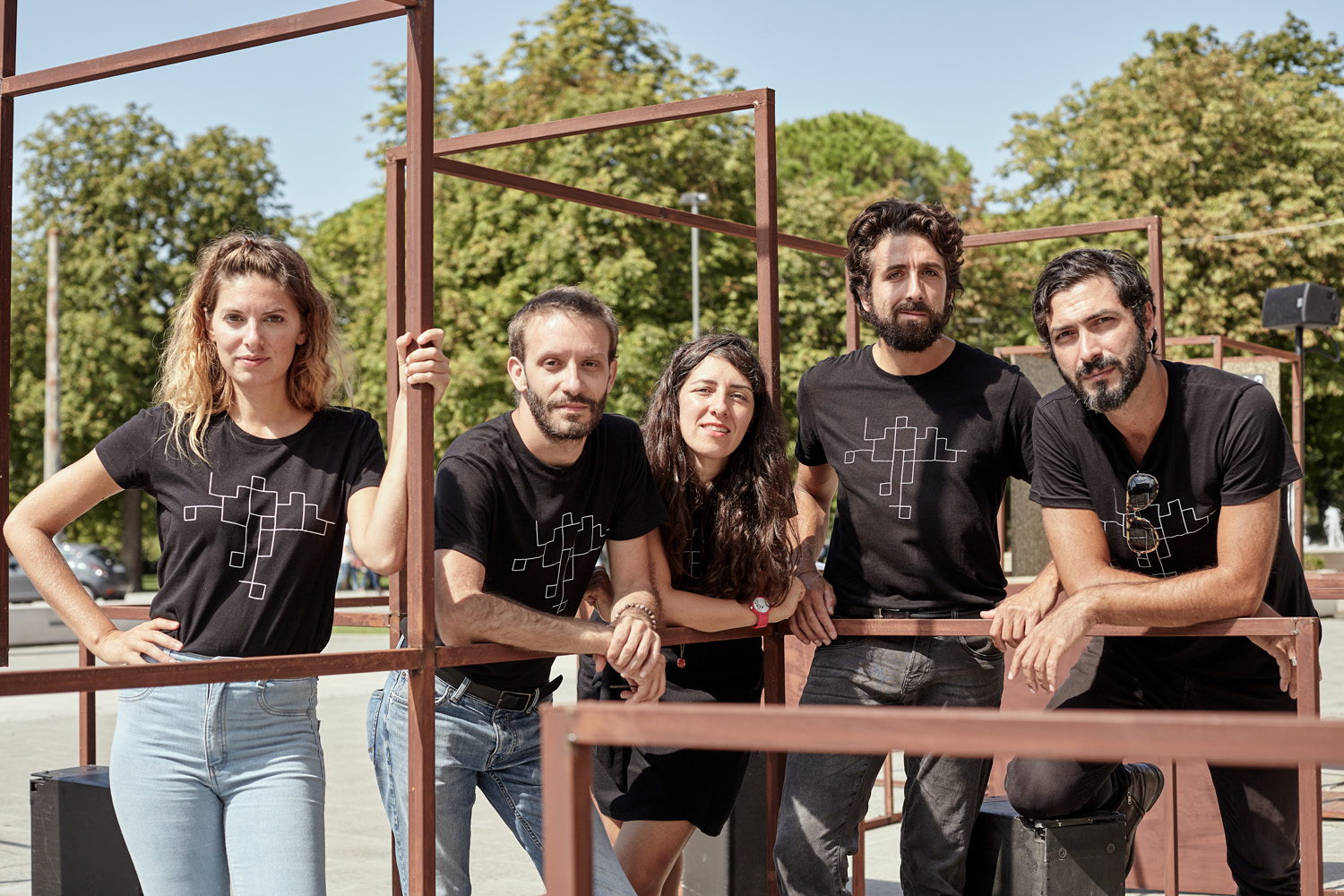 The Guinea Pigs Performing Art Laboratory was born in 2014 from the meeting of five performing art professionals.

The first show is Atti di Guerra / War plays which debuted in 2016 at the Festival Primavera dei Teatri and obtained the Jury Prize for Journalists @ Giovani Realtà del Teatro, the Best Theatrical Performance Award @ Festival Young Station and reached the final at the Cassino Off Award for the Civil Theater. The show deals with the issues of bullying and gender-based violence.

In 2017, in co-production with the Out Off Theater in Milan and with the contribution of the Siae Sillumina tender, the Guinea Pigs produce the show Casca la terra / The earth falls by the author Fabio Chiriatti; also in 2017, the company launched the project In lotta con la realità / Facing reality, a people and site specific installation and performance, with the collaboration of the sculptor Anelo1997.
The first stage, Sovra/Esposizioni / Over/Exposures, is presented within the IT – Independent Theater Festival, in Milan, in the spring of 2017.
The second stage, Il Futuro è una trappola? Is the future a trap?, is co-produced by the Castel dei Mondi Festival with the collaboration of Equilibrio Dinamico Dance Company and presented in Trani, in the summer of 2017.
The third stage, Identità in transito / Identities in transit, is co-produced in collaboration with Associazione Quarantasettezeroquattro and presented in Gradisca d’Isonzo as part of the InVisible Cities Festival, in the summer of 2020.

Since 2019, the Guinea Pigs have been working, with the support of banking foundations (Fondazione Cariplo and Cariparma), on the creation of Museum theater works designed to encourage the access to art public and private collections and historical sites thanks to the language of theater and the performing arts.

In 2020 the company created the new production #nuovipoveri / #newpoors thanks to the support of Zona K and Next – laboratory of ideas for the production and distribution of live Lombard entertainment – 2019/2020 edition and Teatro delle Moire.
The show is an investigation developed with the tools of theater and video art around the perception of the concepts of wealth and poverty.

In 2021 the Guinea Pigs begin a research path around the issues of citizenship rights, the debate between ius sanguinis, ius soli and ius culturae. The project called Italia è relativa / Italy is limited is divided into a first phase of acting and writing workshops in schools with teenagers and a second phase of show production which will involve a group of students who will take part in the whole creation.
To carry out the first phase of the project, the company wins, together with the ITC PACLE Elsa Morante of Limbiate and the Liceo Statale Gaetana Agnesi of Milan, the LAIVin 2021-2024 tender, a Cariplo Foundation project that supports the promotion of the cultural protagonism of young people.

In 2022 the company together with the Marcos Y Marcos publishing house and the Arci Post club in Parma plans and creates a cycle of digital and live events to promote the use and dissemination of poetry as part of the Sound Atlas of World Poetry project funded by the Fondazione Cariparma.